Following the  launch in  Railtex 2015 to launch the interior concept for its latest generation of ‘very high speed’ vehicles, the AT400 range , Hitachi Rail Europe stand at Railtex 2017 is a model of its AT400 ‘British Bullet Train’ concept.

Hitachi has been working on its ‘AT Series’ of rolling stock since 2000, having already developed its AT100 (Metro), AT200 (Commuter) and AT300 (Intercity) platforms.

This exciting development is in the early stages of concept design and is aimed at introducing passengers across Europe to the world famous Shinkansen bullet train.

We have a rich heritage of achievement, technical expertise and untiring research and development in this field and are fully committed to solutions that get passengers to their destination in the fastest time possible and at the most exacting levels of comfort.

With this new development, Hitachi will build upon the experience and knowledge gained from over 50 years’ experience of providing the Japanese Shinkansen, bringing the most iconic and punctual rolling stock product in the world to passengers in Europe.

This has been blended with UK engineering ‘to turn this initial concept into a formalised model’. Hitachi said this combination of experience and innovation would meet the objectives set out for the procurement of rolling stock for High Speed 2.

Designed for 360 km/h operation, the 25 kV 50 Hz AT400 would have 10 to 12 cars with a nominal length of 25 m. It would have sliding pressure-sealed doors at the car ends, and interior options would include standard, business and first class, as well as catering and luggage facilities.

Talking about the AT400 platform in 2015, Andy Barr, chief operating officer of Hitachi Rail Europe, said: “This in effect completes our range. It means we’ve got trains all the way through the speed range, from shorter distance commuter trains through to high-speed trains for the UK and Europe.”

Hitachi hopes its new AT400 platform will be picked as the train of choice for HS2, which is expected to have running speeds up to 225-250mph.

He said in 2015 that he hoped to be able to work with the Department for Transport on the requirements and specification of the HS2 trains, to avoid it being overly prescriptive and allow some “free thinking” and creativity in the design. 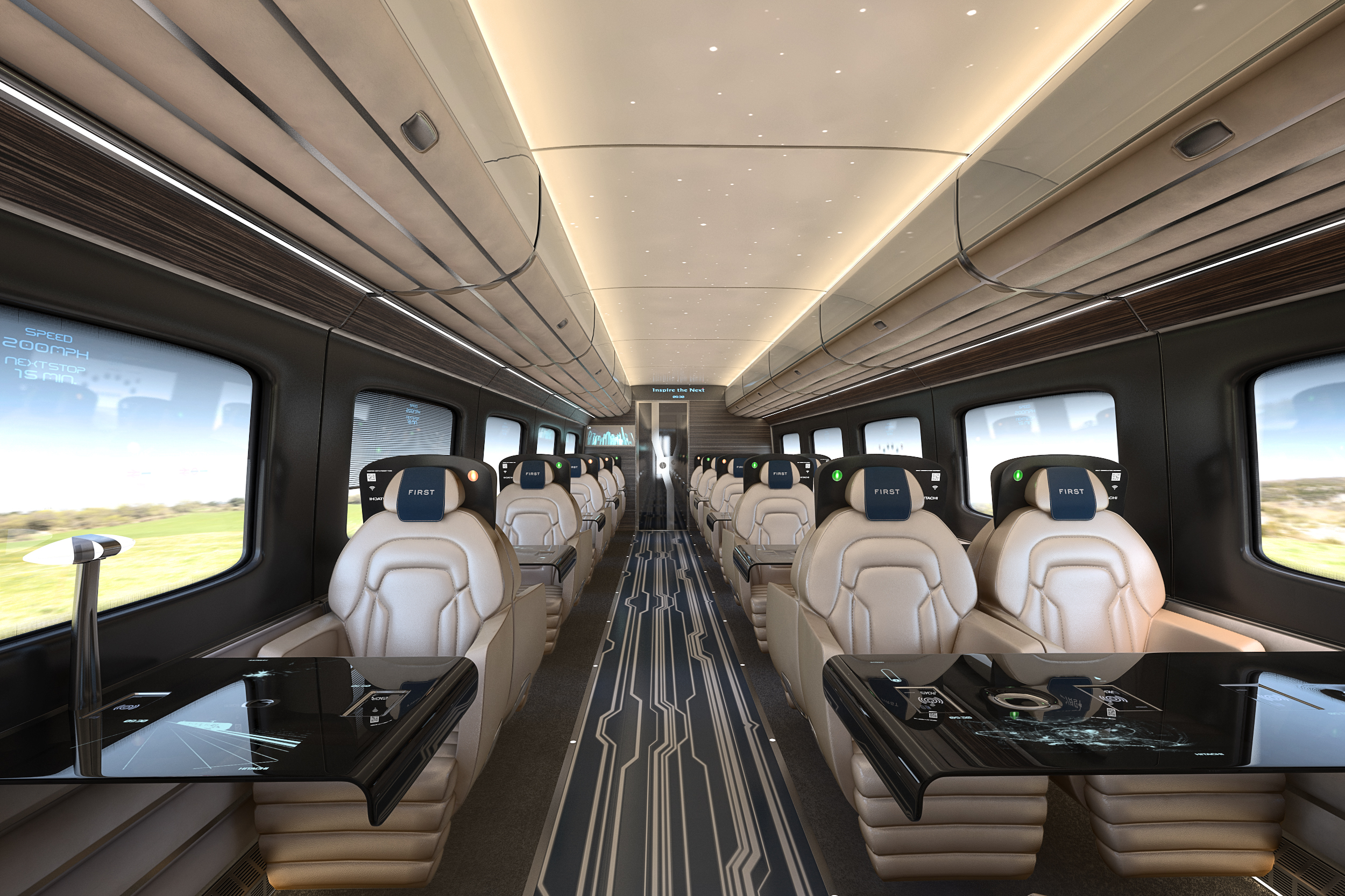 Hitachi Rail Europe has a concept for a new high-speed train to run on the UK rail network.

UK: A prominent feature at the front of the Hitachi Rail Europe stand at Railtex 2017 is a model of its AT400 ‘British Bullet Train’… Hitachi used Railtex 2015 to launch the interior concept for its latest generation of ‘very high speed’ vehicles, the AT400 range. RTM spoke to Hitachi Rail Europe’s Andy Barr at the show.